The Draconians were ruled by an Emperor, who depended on the great families for support. They were a highly formal race and were known for their adherence to rules and traditions. They believed that rules were made to be followed and would stick to them no matter what. Draconians also had a great respect for authority. Though they were originally male-dominated, after their entrance to the Galactic Federation they later changed their ways in order to show equality. They also believed that men should not show sadness or cry.

Mr. Smith told Luke Smith that Draconia was one of many worlds in the universe which had developed a form of astrology. However, another source alleged that the race commonly known as Draconians had no form of astrology. 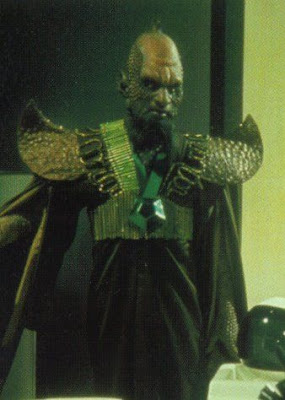 The Draconians, like other species in the universe, had a horned god of evil, which the Doctor believed to be the Beast.

During the reign of the fifteenth Emperor (at some point during the 21st century), Draconia was suffering from a plague. The Doctor came to the planet and cured the plague. He was remembered as the form of a painting in the Emperor Palace.

In the 26th century, the expanding Draconian Empire came into contact with the Earth Empire. A misunderstanding during first contact led to the destruction of a Draconian vessel and a brief but devastating war, which ended with the signing of a peace treaty.

Twenty years later, the Master attempted to sabotage the fragile peace, but was thwarted by the Doctor and Jo Grant. 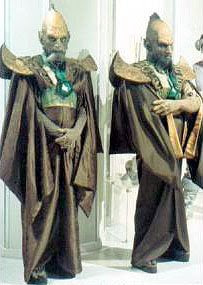