Arcturus is an alien delegate to planet Peladon in the 39th century, and revealed to be the main villain in the Doctor Who four-part episode "The Curse of Peladon" (1972). Physically, this creature resembles a greenish humanoid skull enclosed in a large robotic body and with a highly electronic speech. He was one of the ambassadors send by the Galactic Federation to negotiate Peladon's requested membership. At first, it appears that there was an attempt of murder against his life, but it was later revealed that he himself had planned the whole thing along with Hepesh, the king's High Priest, who didn't want his planet to join the alliance. Arcturus planned to commercially exploit the rich mineral resources of Peladon, since his own planet is poor on these. He was later killed by one of the Ice Warriors, who saved the Doctor's life in the process. 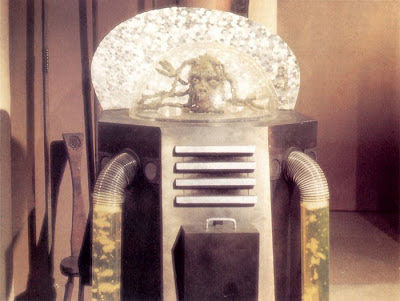 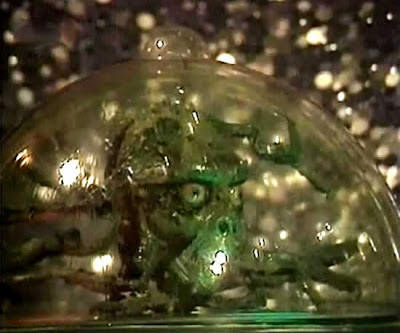 Email ThisBlogThis!Share to TwitterShare to FacebookShare to Pinterest
Labels: Arcturus