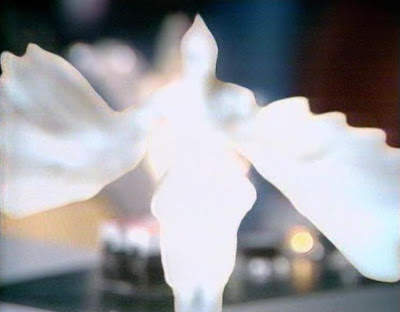 Kronos was the Chronovore who destroyed Atlantis and the offspring of a forbidden union, made unlawful by the Ancient Covenant, of a Chronovore, Prometheus, and the Eternal known as Elektra. (PROSE: The Quantum Archangel) He described himself as "beyond good and evil". (The Time Monster 1972) 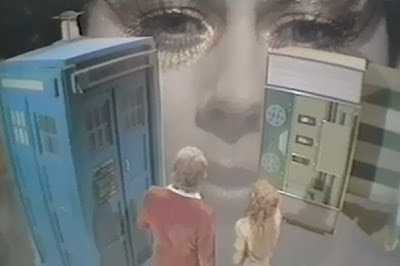 At the moment of his conception, Kronos was trapped in a crystal, and was cast down to the Ephemeral universe. Eventually, the crystal would land on the planet of the Constructors of Destiny, where he influenced their culture and became a godlike figure to them. Kronos continued to have this effect on other planets and culture he encountered, including the Dæmons. The Dæmons then sent the crystal to Atlantis on Earth, so it could destroy it, because the Dæmons deemed it a failed experiment. In the 1970s, the Master used a crystal named after Kronos on Earth, to cause him to manifest so that (he thought) he might bind Kronos to his will. This failed and the Master went back in time to the last days of Atlantis. Kronos ruined the city. In the aftermath, he stopped both the Doctor's and the Master's TARDIS in the Time Vortex and, appearing as a huge, translucent female face, asked the Third Doctor whether he wanted Kronos to destroy the Master. The Doctor demurred, Kronos let him free, and the Master vanished into his TARDIS. via 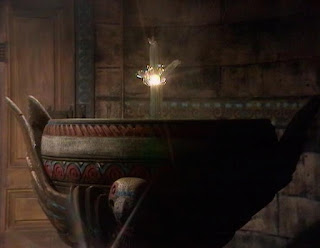 Email ThisBlogThis!Share to TwitterShare to FacebookShare to Pinterest
Labels: Kronos