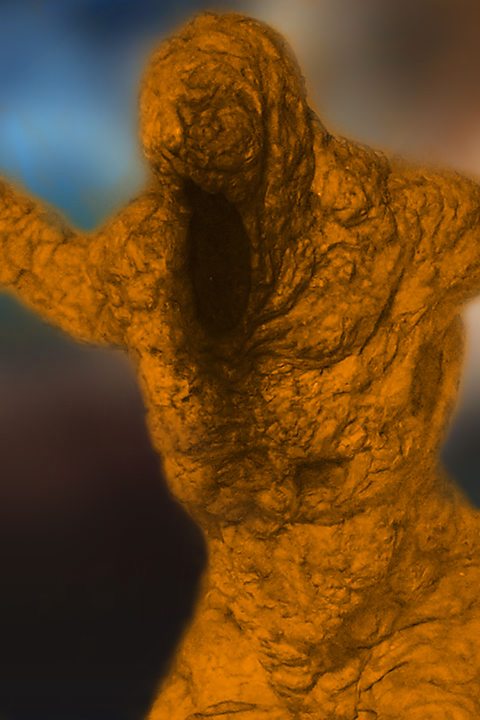 The Sandmen were lifeforms created from the accumulation of sentient human sleep dust which evolved as a side effect of the Morpheus process aboard Le Verrier station in the thirty-eighth century.

The Sandmen consumed the original human hosts within the Morpheus sleep pods. Once created, the Sandmen apparently began to hunt down the rest of the Le Verrier crew and attacked the military rescue team sent from Triton to investigate why the station had ceased all communication, where the creatures themselves were recorded to be notionally blind.

With the assistance of their creator, the scientist Gagan Rassmussen, the Sandmen appeared to be intent on infecting more humans, with the dust acting like spores, by having a single sleep pod containing an individual longest exposed to the Morpheus process escape Le Verrier station and arrive on the colony on Triton. This was referred to as the King Sandman.

This plan was thwarted with the assistance of the Doctor, who ultimately destroyed Le Verrier station and prevented any of the dust from leaving the station. By de-activating the station’s grav shielding, the gravitational shift aboard the base whilst in orbit of Neptune disrupted the cohesion of the creatures long enough to slip past them to escape.

The Morpheus pods on Triton and other colonies were ordered dismantled. However, with the Morpheus process – an electronic signal that affects the sleep centres of the brain – embedded in the only visual record of events aboard the station and transmitted before Le Verrier’s destruction, Rassmussen has ensured that even without the pods or his continuing research, the potential for others to be consumed by evolving sleep dust and new Sandmen to appear is huge.

The Sandmen are a chilling reminder why humanity must not again be permitted to experiment with sleep or revisit the Morpheus technology.

Under no circumstances are any personnel authorised to view the visual archive on this incident.

Email ThisBlogThis!Share to TwitterShare to FacebookShare to Pinterest
Labels: Sandmen