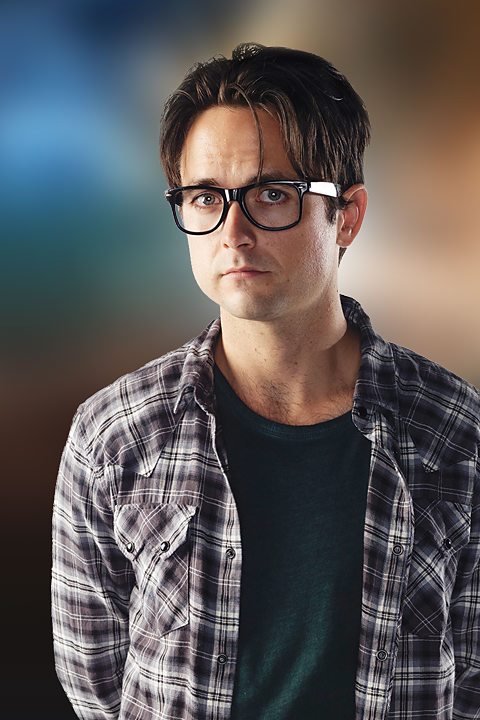 When 8 year old Grant rescues a man called the Doctor from falling outside his bedroom window, he finds himself on the roof of his apartment building a fantastical machine on Christmas Eve. But after he accidentally swallows a gemstone known as the Hazandra – ‘the Ghost of Love and Wishes’, the intuitive crystal bonds with Grant’s DNA and gives him what he has always wanted – the power to be a superhero! Although the Doctor makes Grant promise that he will never use these new powers, it isn’t long before another chance encounter suggests otherwise. During an investigation into a scientific institute in New York - ‘Harmony Shoal’ - the Doctor, Nardole and journalist Lucy Fletcher are held at gunpoint when a superhero literally swoops in to save the day. The Ghost! And of course, it doesn’t take the Doctor long to realise that the man beneath the mask and suit is Grant.

With the crystal inside him, Grant has super strength, hearing, x-ray vision and the ability to fly. But the only power he really wants is for Lucy to stop fantasising about his alter ego, The Ghost, and to start noticing him instead. In a way, Grant is competing for Lucy’s affections…with himself. So actually it’s VERY complicated.

Email ThisBlogThis!Share to TwitterShare to FacebookShare to Pinterest
Labels: Grant