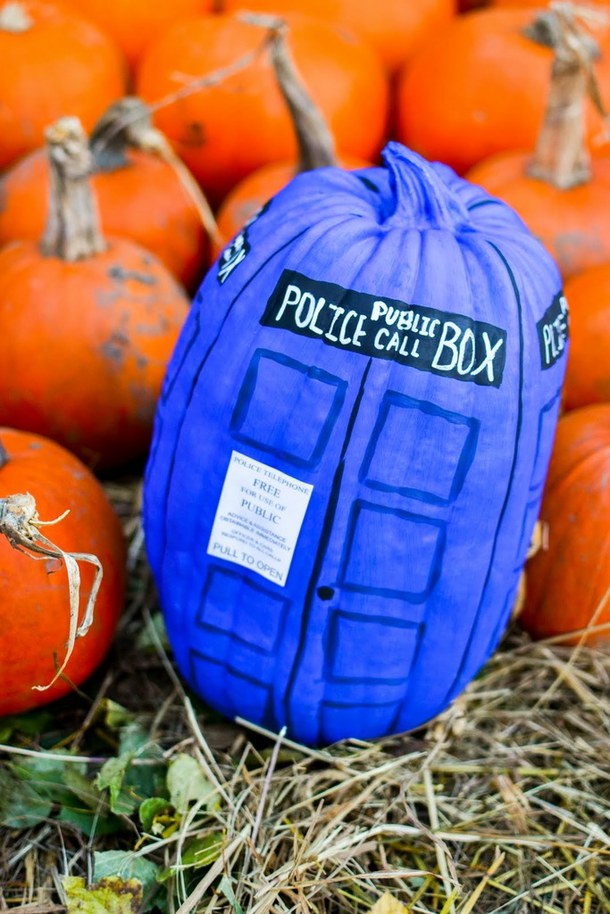 Posted by Joanne Casey at 12:35 No comments:

Doctor Who Sale At BBC Shop 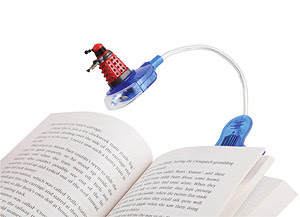 bbcshop
Posted by Joanne Casey at 18:18 No comments:

Email ThisBlogThis!Share to TwitterShare to FacebookShare to Pinterest
Labels: For Sale

The Zygons Are Back!

Email ThisBlogThis!Share to TwitterShare to FacebookShare to Pinterest
Labels: Zygons 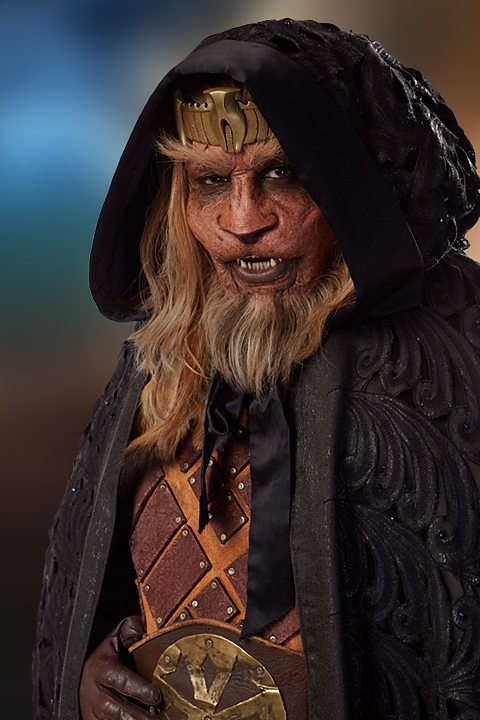 Claiming to be stranded on Earth after his tribe were overthrown, his world destroyed and his wife killed, Leandro asserts that he is the last of the Leonians. Having escaped through a portal created by an alien artefact in the form of an amulet unique to his homeworld – Leandro found himself trapped in the 17th Century.


Forging an alliance with Ashildr, Leandro promised to take the now cynical and bored ‘Lady Me’ out into the universe in exchange for her help finding the now missing amulet. The presence of the alien artefact in 1651 drew the attention of the Doctor and resulted in his reunion with Ashildr.
The Doctor and Ashildr carry out a daring heist on the Fanshawe house to retrieve the amulet… But when Leandro reveals himself, the Doctor discovers it's dark secret – a death is required to open a doorway to another world! Ashildr has become so disillusioned, that sacrificing a life in order to activate the amulet means nothing to her.

At Tyburn, at the event of Sam Swift’s execution, Ashildr uses the amulet to open a portal and the army of the Leonians is revealed to be alive and waiting to invade. Realising she has been betrayed, Ashildr agrees to help the Doctor and using her second immortality charge, they reverse Sam Swift’s death to close the portal.

Leandro is destroyed by his ‘brothers’ for his failure!

bbc
Posted by Joanne Casey at 16:31 No comments: 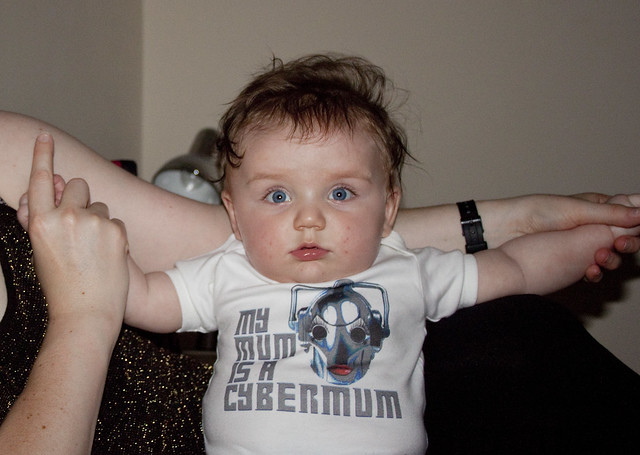 His wee wishlist
Posted by Joanne Casey at 21:35 2 comments: 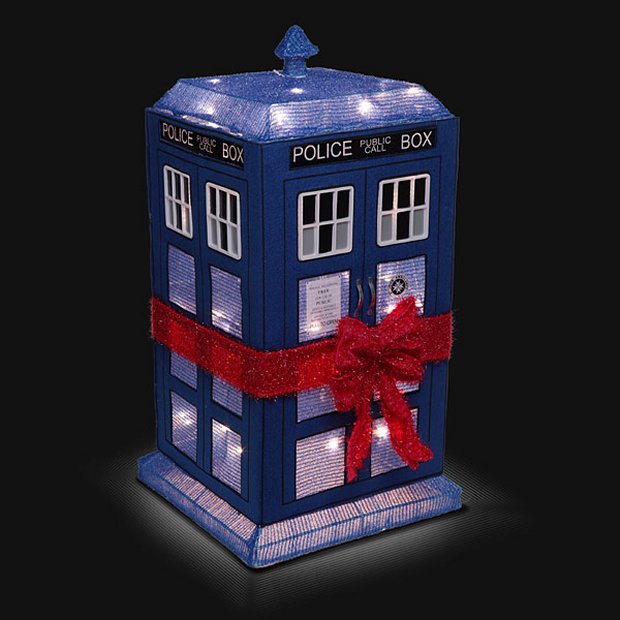 mightymega
Posted by Joanne Casey at 10:49 No comments:

Email ThisBlogThis!Share to TwitterShare to FacebookShare to Pinterest
Labels: Tardis

Corgi Dresses Up As The 13 Doctors

fashionablygeek
Posted by Joanne Casey at 22:20 No comments:

Email ThisBlogThis!Share to TwitterShare to FacebookShare to Pinterest
Labels: Corgi

The Mire were an advanced warrior race from the future. According to the Twelfth Doctor, they were considered to be one of the deadliest in the universe. History Edit They were fed by stamina, strength, adrenalin and testosterone, and came to a Viking village on Earth to harvest the strongest warriors.

Their leader took the appearance of the Norse god Odin to play on the Viking's beliefs. He invited their strongest warriors to dine with him in Valhalla, whereas in reality they sapped their strength and killed them in the spaceship. However, they spared Ashildr and Clara Oswald because of their possession of the sonic sunglasses. Foolishly, Ashildr declared war on the Mire, and their leader promised to bring down ten of his best warriors to fight. The Mire beamed Ashildr and Clara back to the village, and Ashildr told the village of their impending doom, for the Mire had already taken their warriors.

Later, "Odin" arrived with ten of the Mire. They were met with a party, and the Doctor had Einarr activate electric eels, which tore the Mire's helmets from their heads, revealing their true form. They retreated back to their ship when Ashildr, a Mire helmet atop her head, projected the image of a sea dragon over a harmless wooden puppet. "Odin" was humiliated and driven back to their spaceship, and they left Earth, promising to return. (TV: The Girl Who Died)

tardis.wikia
Posted by Joanne Casey at 23:51 No comments:

Email ThisBlogThis!Share to TwitterShare to FacebookShare to Pinterest
Labels: Mire 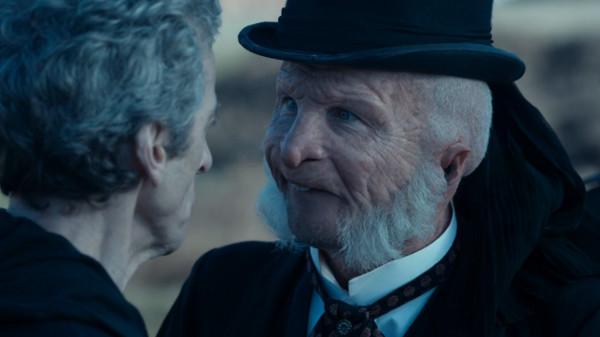 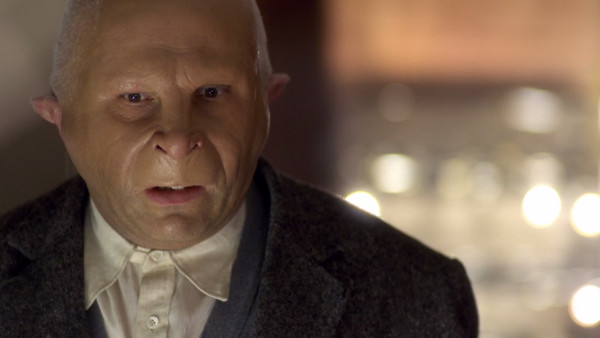 Tivolians were one of the oldest species in the galaxy. Their home world was conquered multiple times. (TV: The God Complex) The Fisher King invaded Tivoli with his armies in the 20th century, ruling for ten "glorious" years before being overthrown by the Arcateenians. Dismayed at having been liberated, the native Tivolians proceeded to irritate the Arcateenians so much they chose to enslave them as well. Faking his death, the Fisher King's "body" was taken to Earth in 1980 by funeral director Albar Prentis to be buried in accordance with Arcateenian custom which required him to be sent to a "barren, savage outpost." Prentis was among those killed by the Fisher King and converted into a transmitter ghost as part of his a plan to summon an army to retrieve him, only to be foiled and killed by the Twelfth Doctor shortly after. (TV: Before the Flood)

One Tivolian, a town planner named Gibbis who was engaged in a project to line all his planet's highways with trees so invading armies could march in the shade, was plucked from his homeworld and deposited in a hellish "hotel" where people were made to face their greatest fear, with Gibbis' fear being the Weeping Angels. Gibbis ultimately survived the ordeal and, after his escape from the hotel, requested the Eleventh Doctor drop him off in the TARDIS at the nearest galaxy. (TV: The God Complex)

Prentis At first glance the Tivolians were a society of cowards. They never defended themselves and did everything they could to make their conquerors as comfortable as possible. The Eleventh Doctor considered this to be an aggressive form of cowardice. The Tivolians didn't fight; they survived by outliving their conquerors. (TV: The God Complex) Remembering his previous experience, the Twelfth Doctor shared the same negative view of the Tivolians, telling Prentis that he wasn't "a fan". Prentis understood the Doctor, stating that his people did "tend to antagonise". (TV: Before the Flood)

tardis.wikia
Posted by Joanne Casey at 00:00 No comments: 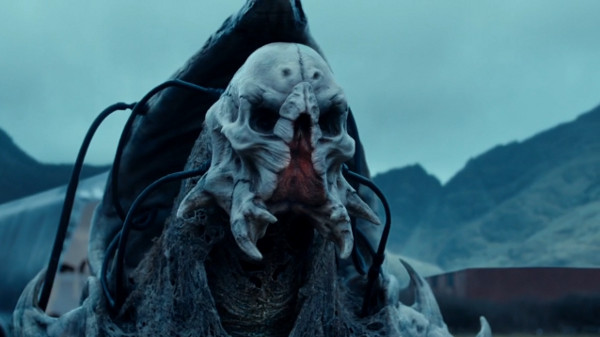 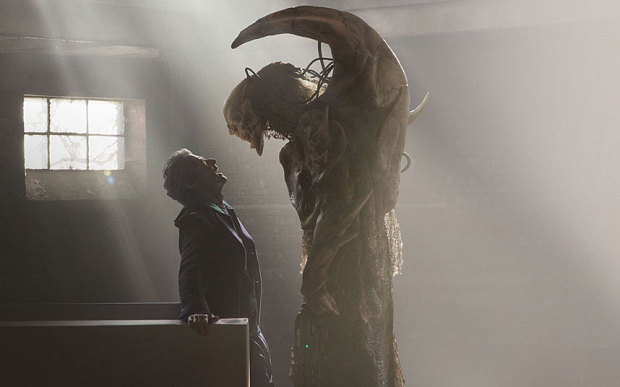 The Fisher King was a warlord who conquered Tivoli in the 20th century. He ruled the planet for ten "glorious" years until the planet was liberated by the Arcateenians. He apparently died and his body was transported to Earth in 1980 by the Tivolian funeral director Albar Prentis. However, he was still alive and planned for his people to recover him by turning people into ghosts transmitting coordinates to Earth and then waiting inside a stasis chamber. Fisher King flood The Fisher King watches the flood envelop Caithness before his death.  He first shot and killed Prentis, who would become a ghost. His next victim was Alice O'Donnell, after he found her hiding in an abandoned building. He was tricked by the Twelfth Doctor into thinking the Doctor would try to circumvent a future where he appeared to die and become one of the ghosts. The Doctor instead blew up a dam nearby and instead created a hologram replica of himself as a ghost in the future. The Fisher King was caught in the flood and killed. (TV: Before the Flood)

tardis.wikia
Posted by Joanne Casey at 23:33 No comments: 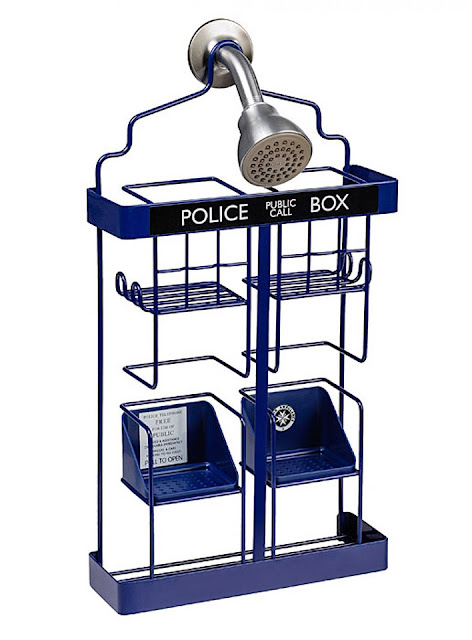 mightymega
Posted by Joanne Casey at 20:52 No comments:

Email ThisBlogThis!Share to TwitterShare to FacebookShare to Pinterest
Labels: Tardis 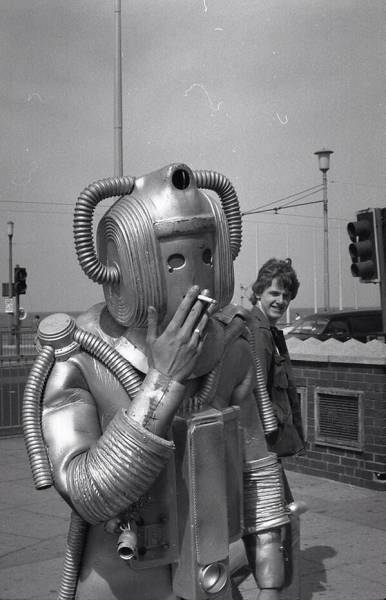