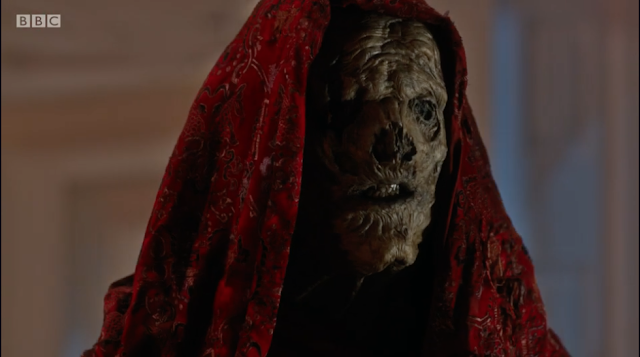 The Monks used a virtual simulation of life on Earth in order to plan an invasion. Virtual constructs included simulations of the Twelfth Doctor, Nardole and Bill Potts.

The Monks' appearance was that of a corpse-like humanoid. They had greyish blue skin, pointed ears and long fingers. They typically wore robes and hoods with various shades of red, hence their name.
They spoke with a snarling, whispering voice. Their mouths did not move in sync with their voices.

The Monks had extremely advanced technology. One of their notable achievements was a computer simulation of the entire planet Earth in which they ran scenarios and practiced and perfected their invasion strategy, and also in order to assess the strengths and weaknesses of humanity. However, their simulation was too perfect. The simulations of real people that were part of the program were capable of gaining sentience. Once they realised the truth that they were nothing more than a program, they would choose to kill themselves rather than be constantly used and abused by the Monks. (Extremis)
tardis.wikia

Email ThisBlogThis!Share to TwitterShare to FacebookShare to Pinterest
Labels: Monks 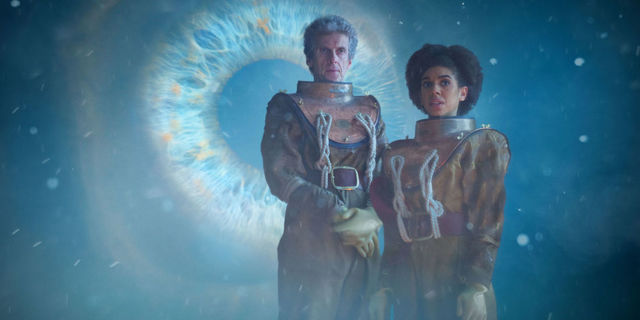 A smartsuit was a kind of space suit that provided oxygen in space by creating a force field around the wearer's head. It also provided a compact helmet to protect the wearer when in space.
At least by the series 12 version the suit had an AI that was programmed to deactivate the organic components — i.e. the wearer. Nardole recognised the interface as his ex, Velma which could be deactivated so long as the suit wasn't damaged.

They were programmed so provide air in terms of credits, the more credits one had the more breath they had. The default set of breaths appeared to range between 2500 to 3000. As Nardole confirmed, the more one breathed, if panicking for instance, the quicker they'd die. (Oxygen)

tardis.wikia
Posted by Joanne Casey at 00:00 No comments:

Email ThisBlogThis!Share to TwitterShare to FacebookShare to Pinterest
Labels: Smartsuit 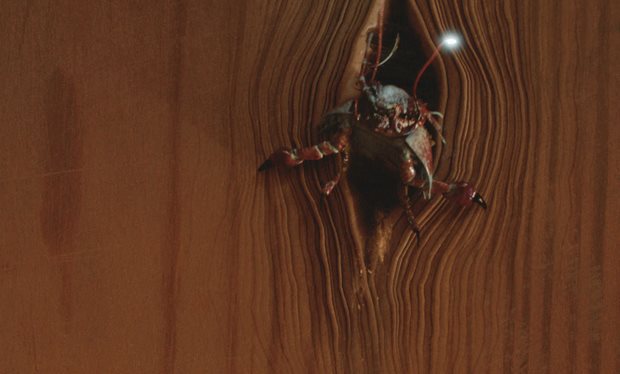 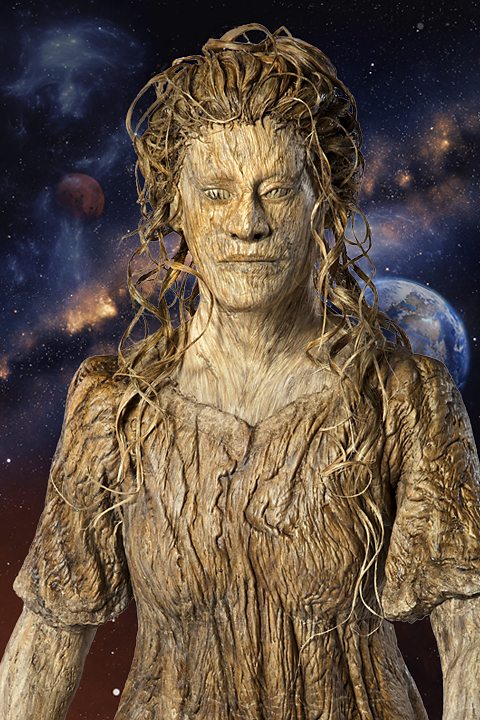 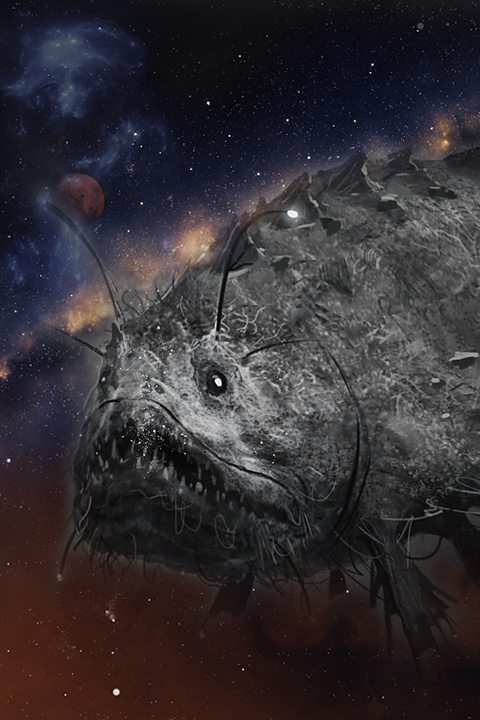 Underneath the Thames, chained to the banks of the river, is an ancient creature of unknown origin. Alien or not, this giant sea snake has been responsible for the freezing of the Thames at regular intervals – none less so than during the last great Frost Fair of 1814!

Imprisoned by the ancestors of Lord Sutcliffe (since their discovery that the animal’s dung could be used as a superheating biofuel) the creature has a symbiotic relationship with a number of glow-fish in the river, which attract food and melt the ice to bring unsuspecting humans down into the water to allow the snake to feed. When the Doctor and Bill discover the creature, they become anxious to alleviate its suffering and find a way to free it… even if it means making a powerful enemy in the guise of Lord Sutcliffe.

The Doctor tricks the iniquitous industrialist by using his explosives to break the ‘Ice Snake’s’ chains, in the process preventing the death of the Frost Fair attendees (evacuated by Bill and the urchins), but as the ice breaks up, Sutcliffe is killed. With the creature freed, 1814 is the final Frost Fair on the Thames.

Posted by Joanne Casey at 15:34 No comments: 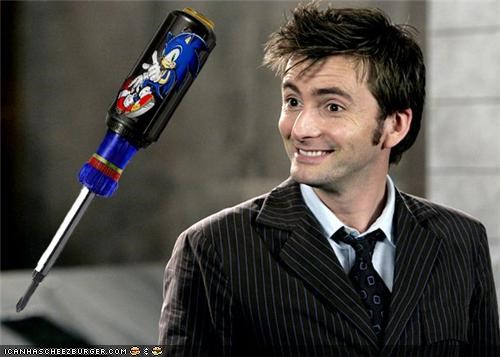 Posted by Joanne Casey at 23:17 No comments: