Alpha Centauri is a hermaphroditic hexapod from Alpha Centauri and, being effectively genderless is referred to as "it" as opposed to "he" or "she". It is tall, green, has one large blue eye, six arms and a high-pitched voice, wears a long yellow cape and walks with a nervous gait. It is prone to cowardice and hysterics. It has a low opinion of Earth, describing it as a "'remote and unattractive" planet, but regrets that its appearance can frighten humans. It regards females as unimportant. 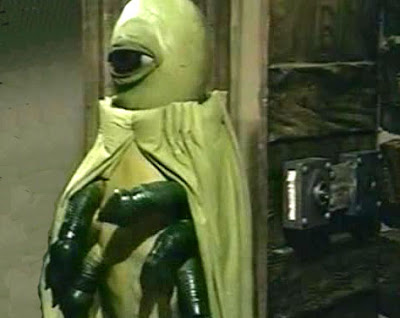 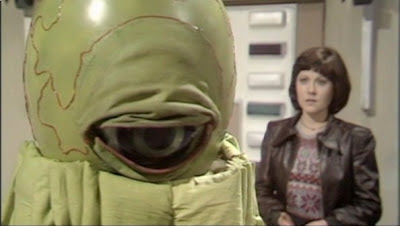