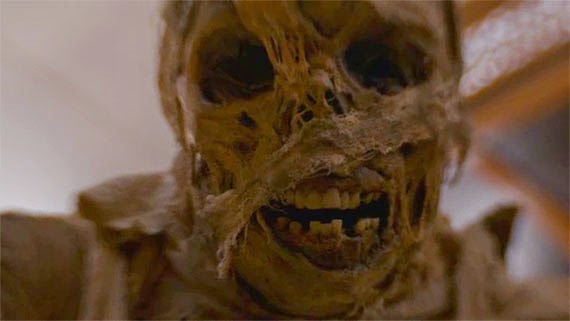 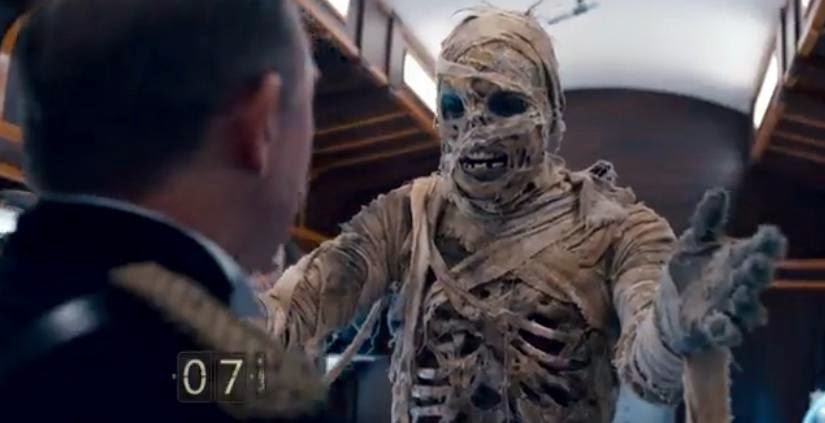 The Foretold was injured in a war and fitted with "state of the art camouflage" and a "personal teleporter". The technology within it kept it alive, leading it to kill for thousands of years after the war, draining the energy from its victims to sustain itself.
The Foretold killed its victims sixty six seconds after first appearing to them. It took them out of phase in order to drain them, meaning only they could see it. The Foretold selected its victims based on physical and mental illness, preying on the weakest first. (TV: Mummy on the Orient Express

Email ThisBlogThis!Share to TwitterShare to FacebookShare to Pinterest
Labels: Foretold