A Bit About Pearl Mackie 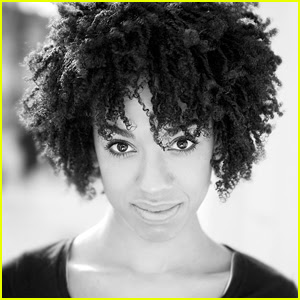 Pearl Mackie (born 29 May 1987) is a British actress, dancer, and singer. She was named on 23 April 2016 as having been chosen by the BBC to play Bill, the next companion to The Doctor, in the long running television series Doctor Who. Mackie is a 2010 graduate of the Bristol Old Vic Theatre School. Her first major TV role came in 2014, when she played Anne-Marie Frasier in BBC One weekday afternoon Soap Opera Doctors.

Mackie grew up in Brixton in south London and is of paternal West Indian and maternal English descent. She earned a degree in Drama from the University of Bristol, and speaks French and Spanish. During her studies she went to workshops and took part in many extra-curricular plays. In 2010 she graduated from the Bristol Old Vic Theatre School. In the same year Mackie was nominated along with Roddy Peters for the BBC Carleton Hobbs Award for outstanding duologues in the school play Noughts & Crosses.

Alongside Martin Freeman, Maxine Peake, Morwenna Banks and Matt Berry Mackie appeared as a front of house girl in the 2013 music comedy Svengali. In 2014 Mackie played Anne-Marie Frasier in Doctors. In the same year she played the young computer genius Mia in Crystal Springs at the Park Theatre in London. She could also be seen in the political satire Obama-ology at the Finborough theatre in London. She played Cece and Caits, two young women finding their voice. In 2015 she performed in the National Theatre's West End production of The Curious Incident of the Dog in the Night Time. In the same year Mackie appeared in the short film Date Aid by Bond, a satirical PSA. Mackie played Sarah, a girl that the date maker Dawn wants to pair off to the desperate single Bob. The story turned out to be a spoof. The film criticises NGOs for using negative messaging when talking to the public on development issues. By using sensationalistic, voyeuristic and exploitative images the NGOs over-simplify development issues and promote stereotypes. Mackie has also worked as an acting tutor for Troupers, a company who teach theatre skills to children and young people. In 2016 it was announced that Mackie was going to play Bill, the next companion of The Doctor in the British television series Doctor Who.

wikipedia
Posted by Joanne Casey at 11:26