Doctor Who Star David Tennant To Regenerate As Children's Storyteller

Doctor Who star David Tennant is to regenerate as a children's storyteller this Christmas, it has been announced. 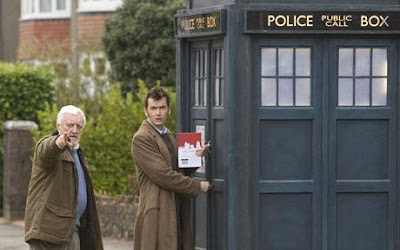 The actor, who will also be seen this Christmas in the Royal Shakespeare Company production of Hamlet, is to swap the Tardis for the bedtime story chair on CBeebies.

Tennant, soon to be seen bowing out of his role as a Time Lord, will read five stories during the festive season.

On Christmas Eve he will be seen reading The Christmas Bear by Henrietta and Paul Stickland.

Tennant's acclaimed portrayal of Hamlet, which was lauded on stage, will be screened on BBC2.

The special Christmas episodes will see the Doctor reunited with Donna Noble, played by comic actress Catherine Tate before he regenerates. via
Posted by Joanne Casey at 07:00