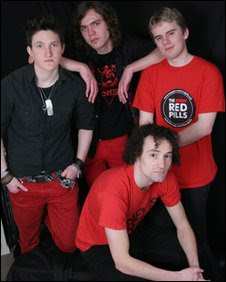 After playing a gig in November 2009 at a Doctor Who fans convention in Manchester, for which they'd specially recorded a limited edition CD, "Bigger on The Inside", they were approached by a filmmaker who offered to film a video free of charge, for one of the Doctor Who themed tracks.

"In fact, Sylvester McCoy - who played Doctor Who in the 1980s, bought a copy. We offered him a free copy but he insisted on paying for it - what a nice man! more