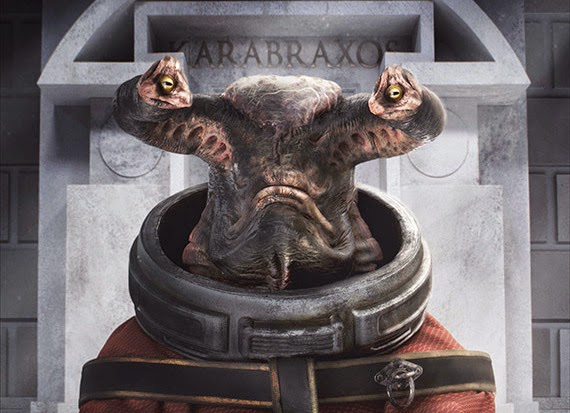 The Teller was a large telepathic creature with an eye stalk on either side of its head. It was able to sense guilt and liquefy the brain through its telepathic capability. It was one of only two of its species left alive, and was forced to work under Madame Karabraxos and her clone Ms Delphox at the Bank of Karabraxos, as the other surviving member of the species was held hostage. Just before the place was destroyed by a solar storm, when nearly everyone else had fled the bank, the Twelfth Doctor freed the imprisoned creature and dropped them off together on a remote planet, far from civilisation so that the thoughts of other beings could not torture them. (TV: Time Heist)