The Streets' Mike Skinner To Appear In Doctor Who 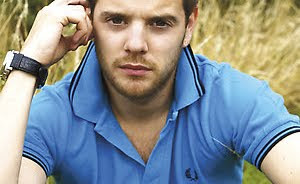 The Streets' Mike Skinner claims that he will appear in the new series of 'Doctor Who'.

The rapper-producer posted up a slightly-less than cryptic tweet via Twitter.com/skinnermike suggesting he'll be joining new Doctor Matt Smith in the next series of sci-fi programme.

"You wouldn't believe the week I've had," wrote Skinner. "I can't talk about it but let's just say I got a part in 'Doctor Who'."

However shortly afterwards Skinner took down his post declaring: "And just like that the tweet is deleted." Instead he posted up a new podcast from The Streets.

The new series of 'Doctor Who' is due to air next year following three specials this year - 'The Waters Of Mars' in November and two at Christmas - which will see current Doctor David Tennant leave the show.
via
Posted by Joanne Casey at 07:00