There was a Cyberman with its guts hanging out, some kind of alien monster with a foot blown off, and a couple of Daleks whose sink plungers looked like they'd seen one too many plugholes.

But yesterday, in the fantasy world of Doctor Who, this was apparently the moment to make a bit of a killing against the gloomy trend of recession. 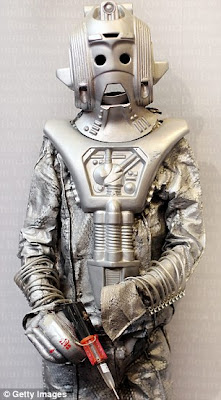 Everything from early Daleks to actor David Tennant's shirt was offered for sale. Canny investors were even getting into Kylie Minogue's bloomers, if you pardon the expression.

A waitress outfit, boots and bloomers she wore when she played the tenth doctor's glamorous assistant went for £3,120 including tax and commission. Tennant's pale blue shirt fetched £1,260. 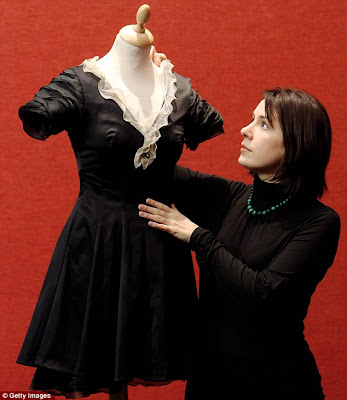 Nostalgia, of course, was largely the inspiration for bidders, most of whom grew up with the Good Doctor when the series first hit black-and-white TV screens in 1963.

But many would also be aware that a good condition Dalek sold recently for a staggering £36,000 - and that prices are steadily rising.

Likewise, a simple piece of merchandise that could be had for a shilling in pocket money nearly five decades ago could now be worth a small fortune. more
Posted by Joanne Casey at 07:00