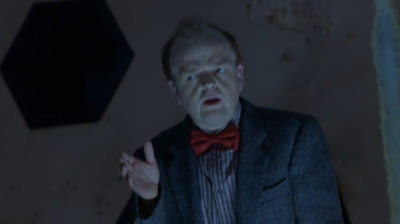 The Dream Lord is a manifestation of the dark side of the Doctor, who apparently had control over dreams. He was "awoken" by specks of Psychic Pollen from the Candle Meadows of Karass Don Slava that had got stuck in the Time rotor of the TARDIS console, and induced a collective dream state for the Doctor and his companions as they were warmed up. The Dream Lord drew his personality and observations from the 'dark' dimensions of the Doctor's subconscious or innermost thoughts and doubts about the course of his life and perhaps 'cavalier' treatment of others, including self-loathing, guilt, arrogance, selfishness and even lust. 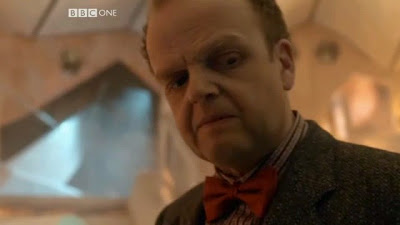 He trapped the Doctor, Amy Pond and Rory Williams between two worlds, one in a seemingly idyllic Upper Leadworth and the other in a TARDIS hurtling toward a freezing star, telling them that one was dream and one was real and that they would have to choose between them. Both involved deadly danger, the little village in fact inhabited by malicious aliens called the Eknodine in the guise of elderly people. Dying in the dream world would cause them to wake up in reality. The Dream Lord would appear to the Doctor and his companions in both worlds, taunting the Doctor on his insecurities and defects and pressuring Amy to assess her own priorities and 'dreams' for the future - whether she wanted a life of adventure with the Doctor or to be settled safely with Rory and a family. He seemed to relish attempting to bait the Doctor and his companions with remarks about their relationships to one another. The Doctor eventually realised that neither world was real, and managed to return them all to the waking world by destroying the TARDIS, seemingly killing himself, Amy and Rory. After finding and removing the psychic pollen, the Doctor saw the Dream Lord's face in his reflection in the TARDIS console, smiling slyly at him. via
Posted by Joanne Casey at 22:37