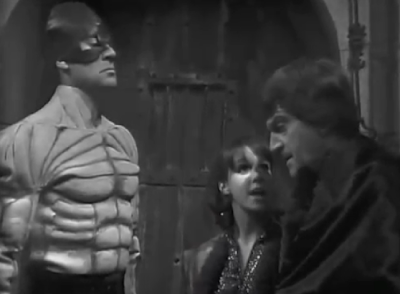 The Karkus was a fictional superhero who was the protagonist of a comic strip which appeared in the Hourly Telepress in the year 2000. The Karkus possessed superhuman strength and an anti-molecular ray disintegrator, wore a cowl and a short cape, and spoke in a Germanic accent. Zoe Heriot was a fan of the strip. 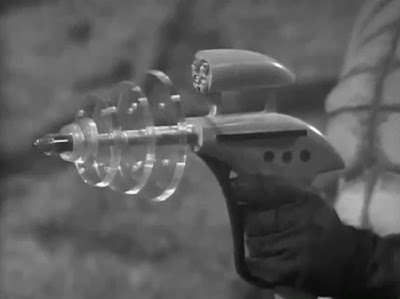 The Doctor and Zoe encountered the Karkus in the Land of Fiction. After Zoe defeated him in unarmed combat, he assisted them in their battle against the Master of the Land. 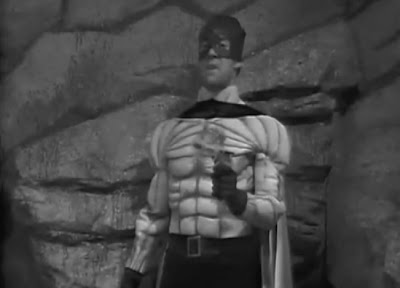 Email ThisBlogThis!Share to TwitterShare to FacebookShare to Pinterest
Labels: Karkus