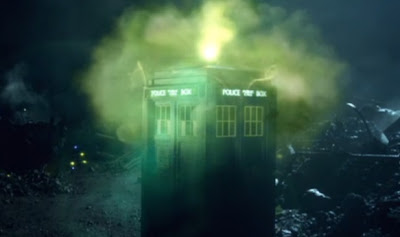 House was a malevolent, mysterious entity that was native to a smaller bubble universe that was outside that occupied by the main universe. House existed as an intelligence that resided in a time rift. Its body was that of an asteroid-sized celestial body. At the time of his encounter with the Doctor, he implied that he was at least half a million years old.

The creature gorged itself on artron energy and at some point discovered the existence of the Time Lords, whose TARDISes were filled with just such a power source. It began using Gallifreyan distress signals to lure Time Lords to its surface, where they were trapped. Once there, House removed the TARDIS' Matrix and devoured the TARDIS to feed itself. The trapped Time Lords were left behind and they eventually would perish. House's encounters with the Time Lords led it to calling them a kind race. (DW: The Doctor's Wife) via
Posted by Joanne Casey at 07:00

Email ThisBlogThis!Share to TwitterShare to FacebookShare to Pinterest
Labels: House