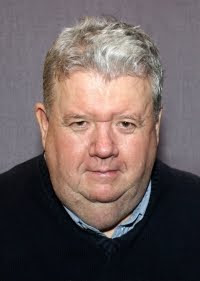 Ian McNeice (born 2nd October 1950) is an English screen, stage, and television actor. He's best known for playing Bert Large in the British drama series Doc Martin.
In Doctor Who, he voiced Zeus in Immortal Beloved and played Winston Churchill in The Beast Below, Victory of the Daleks, The Pandorica Opens and The Wedding of River Song. He had previously played Churchill in the Royal National Theatre's 2008 production of Never So Good. via
Posted by Joanne Casey at 07:00