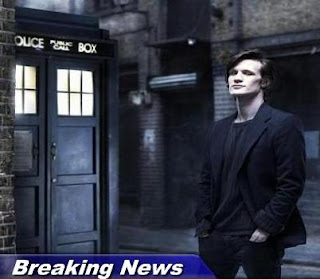 Yes Season 31 and not Season 5.
A full 13-episode season will be broadcast in the Spring of 2010 (It may be spit up, the second half of the episodes being shown later on in the year). Rumours have it (info from the WHOle of the internet) that these will be the names of the upcoming episodes. If you know any better please let us know in the comments, thanks.

The Beast Below
Victory of the Daleks
Meddling Monks
Dalek Tea Party
Time of the Angels
Flesh and Stone
Vampires of Venice
Vincent and the Doctor
Cold Blood
Warm Planet
Lend Me Your Ear
Silver Sentence
Cyberwar
Posted by Gary at 11:53

Email ThisBlogThis!Share to TwitterShare to FacebookShare to Pinterest
Labels: Season 31