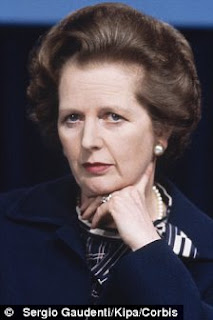 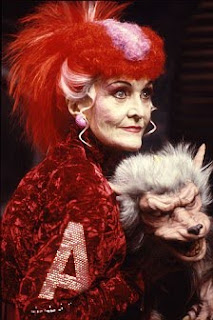 She battled the Argentine army abroad and the unions at home. But Margaret Thatcher never knew she was also under attack from outer space.

Left-wing scriptwriters hired by the BBC during the 1980s tried to inspire a 'Tardis revolution' by using Doctor Who as propaganda to undermine the Tory prime minister.

In one serial they caricatured her as a vicious and egotistical alien ruler who banned outward displays of unhappiness among her downtrodden people and used a secret police to oppress dissidents.

Former actors and writers on the show admitted yesterday that there was also thinly veiled support for the miners' strike and the Campaign for Nuclear Disarmament. more
Posted by Joanne Casey at 07:00