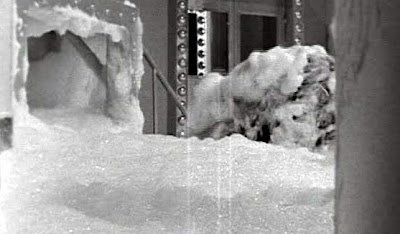 The Weed Creature was an intelligent, semi-mobile form of seaweed that inhabited the Atlantic Ocean near the coasts of England. It was sighted by mariners in the 18th century.

The Weed Creature, which fed on gas, possessed a sting and the ability to release poisonous gas or a foam that allowed it to mentally control those it touched, whom also gained the ability to exhale gas. It was vulnerable to oxygen and high-pitched sound.

In the late 20th century, a Weed Creature was sucked up by a Euro Sea Gas rig. It enslaved Oak and Quill (and later Robson and Van Lutyens) and used them to take over the refinery and rigs. It planned to eventually conquer Earth, but was defeated by the Doctor, who used a recording of Victoria Waterfield's screams to destroy its nerve centre.