We are not amused!

Prince Charles turned down a chance of a life time to be on the show.
Russel T Davies told the BBC that the Prince of Wales had declined a request to guest star on the series and was “a miserable swine” for doing so. According to the BBC, a spokesman for Prince Charles said, “We receive a great many requests, and it’s impossible to accept them all.” 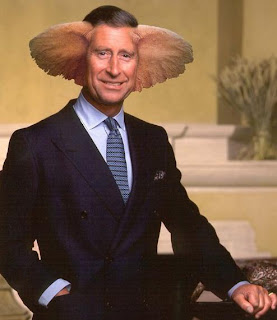 Late In: a Clarence House spokeswoman told Reuters the Prince himself had not actually seen the request.
"We did receive a request from 'Doctor Who's' producers," she said. "It was not turned down by Prince Charles but by a Clarence House official. We receive hundreds of requests and he doesn't see them all.It's not uncommon for people to resubmit requests with different criteria and if it was resubmitted we would look at it again."
Posted by Gary at 22:05