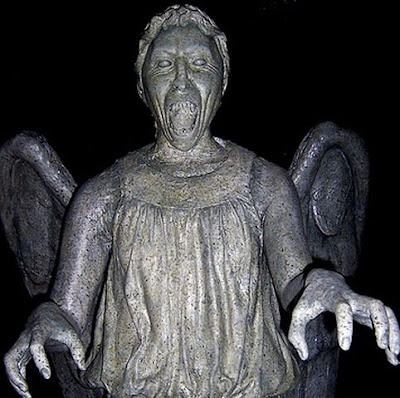 The Weeping Angels are a group of hunters featured in the Tenth Doctor episode "Blink". Because their physiology is quantum-locked, they only occupy a single position in space when seen by an observer (see Schrödinger's Cat). When they are not observed they become a "quantum wave form" that occupies many positions in space, thus they cannot move while being observed; but when they are not they can appear to travel exceedingly quickly. They use this ability to approach and attack unwary prey. They turn to stone when observed, acting as a defense mechanism. While in their locked state they appear as stone statues, often covering their eyes so that they will not see themselves, and lock themselves forever. This defense mechanism is what gave them the name "Weeping Angels".

According to the Doctor, the Angels are as old as the universe (or very nearly) but no one really knows where they come from. He also describes them as "creatures of the abstract", "the lonely assassins", and "the only psychopaths in the universe to kill you nicely", because their method of killing doesn't do anything of the sort: a touch sends their victims into the past to live out their lives before they were even born; the Angels then feed on the "potential energy" of the lives their victims would have lived in the present. 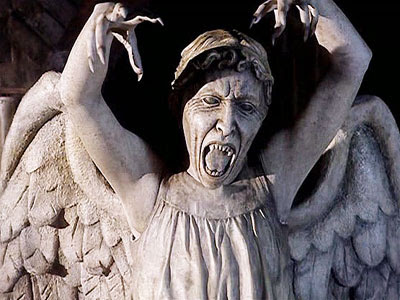