The Alzarians are one of three closely related species on Alzarius. They are nearly identical to Humans, though they can heal faster. 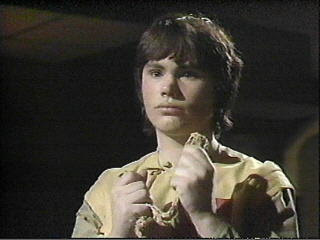 The Alzarians lived in a simple culture with three Deciders as leaders. They believed that they were the descendants of the Terradonians who crash-landed on the planet. Because of this, they attempted to repair the spaceship the Terradonians who crashed in, though they didn't have any driving instructions. In reality, they are actually Marshmen who developed into a more Terradonian form.
Posted by Joanne Casey at 07:00

Email ThisBlogThis!Share to TwitterShare to FacebookShare to Pinterest
Labels: Alzarians