The Autons and Nestene Consciousness 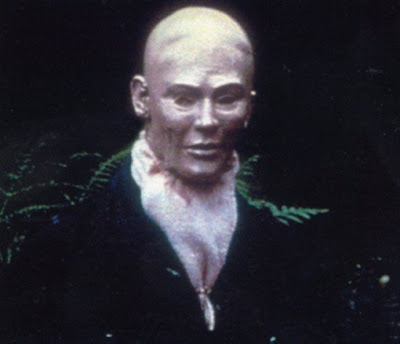 Autons are essentially life-sized plastic dummies, automatons animated by the Nestene Consciousness, an extraterrestrial, disembodied gestalt intelligence which first arrived on Earth in hollow plastic meteorites. Their name comes from "Auto Plastics", the company that was infiltrated by the Nestenes and subsequently manufactured their Auton shells in Spearhead.

Autons conceal deadly weapons within their hands, which can kill or vaporize their targets. The typical Auton does not look particularly realistic, resembling a mannequin, being robotic in its movements and mute. However, more sophisticated Autons can be created, which look and act human except for a slight sheen to the skin and a flat sounding voice.