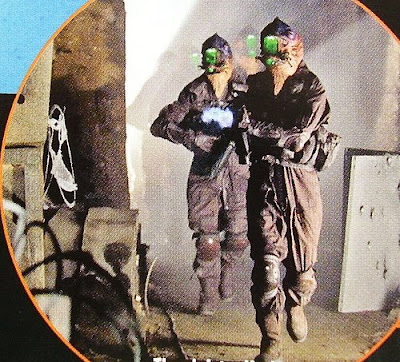 They appear as roughly humanoid fish-like creatures, with canisters of green liquid fitted to their faces. They are intelligent, emotional creatures — one formed a friendship with Martha Jones, and saved her life at the cost of its own. They seem fully sentient and while they do not speak a language intelligible to humans (even with the TARDIS's translation device), the two races planned to colonise the planet Messaline together. However, they later turned on each other before their eventual reconciliation.