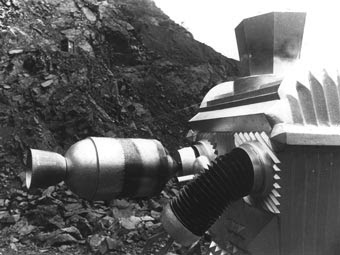 On an unnamed planet, a race called the Gonds are subject to the mysterious Krotons, unseen beings to whom they provide their brightest intelligences as “companions”. Thara, son of the Gond leader Selris, is the only one of his race to object to this practice. The Second Doctor, Jamie and Zoe arrive in time to witness the death of one of the chosen companions and intervene to save Vana, the other selected for this fate, using her survival as a means to convince Selris and the Gonds of the malign influence of the Krotons on their society. The Doctor calls it "self-perpetuating slavery” by which the brightest in Gond society have been removed. Similarly, there are large gaps in their knowledge, especially relating to chemistry. This situation has been in existence for many years since the Krotons arrived in their spaceship, polluting the lands beyond the Gond city and killing much of the Gond population.