In their natural forms, Rutans resemble large green jellyfish, glowing blobs of biomatter with long ropy tentacles. They are amphibious and can cling to sheer vertical surfaces, with considerable mobility out of the water despite their shape. Rutans can also generate lethal bioelectrical shocks, and seem to be able to absorb electrical energy directly for sustenance. They reproduce by a process similar to binary fission, with each daughter Rutan carrying the memories of the parent.[citation needed] Rutans can speak, although the exact mechanism by which this works is unknown as they seem to lack mouths. The Rutan observed in Horror of Fang Rock spoke with a harsh, tinny male voice.

Rutans never refer to themselves as individuals, preferring the first person plurals "we", "us", and "our(s)", possibly suggesting a gestalt or group intelligence of some kind.[citation needed] Rutans are able to operate independently, and, like the Sontarans, sometimes dispatch scout units consisting of a single soldier.

Rutans have also developed advanced shape-shifting technology, allowing them to appear in any form they wish. They often use this technology to adapt to alien environments and infiltrate alien cultures; Rutans are consummate spies. A Rutan usually kills specific individuals and then impersonates them, though it is unclear whether this tactic is merely to prevent discovery or because they need to make a detailed examination of the body before adopting its shape. 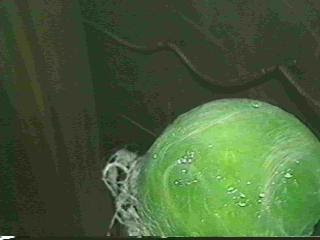