Eldrad was a Kastrian overlord who, surviving his "execution", set out to reclaim his homeworld, Kastria. 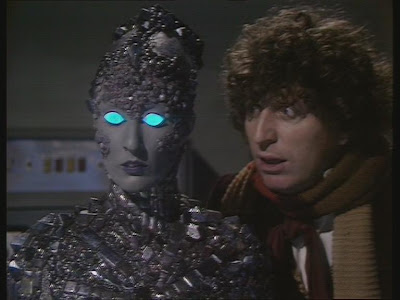 150 million years ago, Eldrad was a brilliant scientist who created a barrier to protect Kastria from the solar winds and new silicon-based bodies to deal with the environment. He then planned to make his people, the Kastrians, into aggressors, which caused a revolt. These Kastrians, led by King Rokon captured him and placed him in an obliteration module detonated by remote control. Though he was almost entirely destroyed, most of one of his hands and his ring survived and somehow made it to primordial Earth. 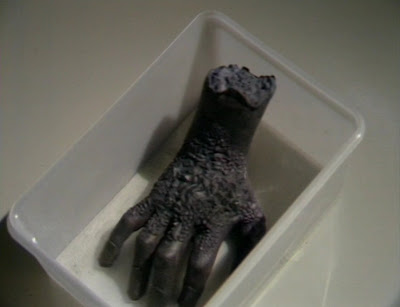 Eldrad's damaged and petrified hand was found in an English quarry just before it was blown up. Having just arrived on Earth in the TARDIS with the Doctor, Sarah Jane Smith was caught in the blast and found the hand. Eldrad's ring then took control of her mind, forcing her to go to the nearby Nunton Experimental Complex, which had a nuclear reactor. Though the Doctor was able to save Sarah from Eldrad's powers, the ring was also able to influence Dr. Carter and Driscoll, who also tried to help Eldrad regenerate. Eldrad was able to make Driscoll take his hand into the core of the reactor. Eldrad employed the reactor's radiation to completely regenerate into a form modeled off of Sarah, since the ring had imprinted off her. 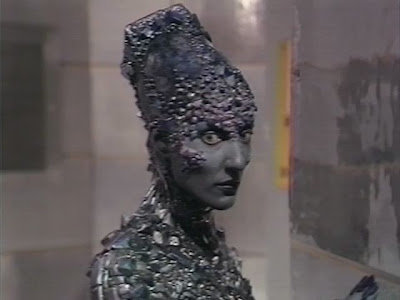 Eldrad claimed she had been overthrown after a war between his people and another and asked to be brought back to his homeworld. The Doctor agreed to take Eldrad to Kastria, but refused to go back to the past. Eldrad agrees and lead the TARDIS to Kastria. In the Kastrian base, Eldrad is poisoned by an acid harpoon, which starts to break down her system, though regeneration chamber before her structure broke down.

Restored to his true Kastrian form, Eldrad planned to take back Kastria and then the universe until he learnt of the eventual fate of the Kastrians, who led by Rokon had chosen suicide rather than face the small chance of Eldrad returning to leave them. Eldrad decided to return to Earth in the TARDIS and enslave it.

The Doctor was able to steal Eldrad's ring and tried to escape with it. Chasing the Doctor, he tripped over his scarf and into a deep chasm. Though Eldrad now seemed to have died, the Doctor expressed doubt about Eldrad's demise.
Posted by Joanne Casey at 07:00