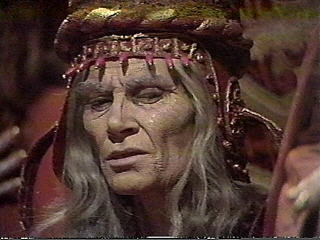 The Sisterhood of Karn was a female society dedicated to protecting the Sacred Flame, which produced the Elixir of Life.

The Sisterhood was a remnant of the Pythia's power.

The Sisterhood entered into the Pact of Rassilon for protection under Gallifrey they also fought against Morbius when he attempted to invade Karn.

When the Sacred Flame appeared to be dying, the Sisterhood suspected the Doctor of trying to steal the remaining Elixir, but later helped him defeat Morbius.

After Romana became President of Gallifrey, she opened diplomatic relations with the Sisterhood. 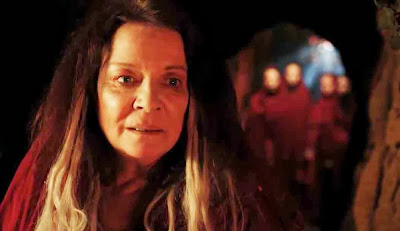 They were instrumental in the Eighth Doctor's regeneration. (The Night of the Doctor 2013)
Posted by Joanne Casey at 07:00

Email ThisBlogThis!Share to TwitterShare to FacebookShare to Pinterest
Labels: Sisterhood of Karn