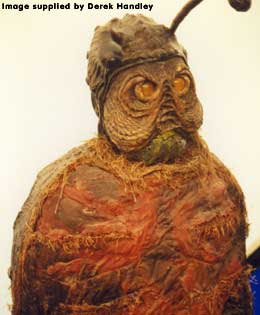 The Gastropods, led by Mestor, devoured the vegetation of the planet Jaconda. The Gastropods resembled humanoid slugs. They left a sticky slugs. Unspeaking, they followed the commands of Mestor, leaving one to assume they made only vestigial intelligence. Mestor planned to make the Jaconda's sun go supernova so as to scatter Gastropod eggs into space.

Jaconda, once a verdant paradise, became a despoiled wasteland once the Gastropod appeared and making the Jacondans slaves in their own world. (Whether the Gastropods originated in space or in another part of Jaconda remains un-chronicled.) The Doctor killed Mestor and ended the reign of the Gastropods.