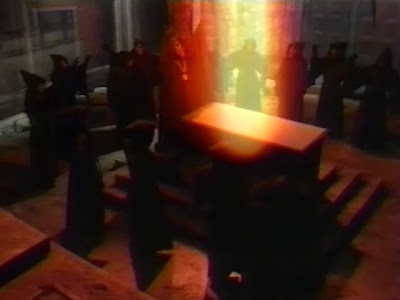 The Helix slipped inside the Doctor's TARDIS and traveled in it to late 15th century San Martino in Italy. Here it manipulated the local cult of Demnos, led by Hieronymous. It took over the cult's members, transforming them into energy beings able to kill with bolts of plasma.

It manifested again in 1863 China, where the Doctor confronted the Helix without fully understanding it, as the Helix encountered him in an earlier point in the Doctor's personal timeline.

As the the Doctor had earlier predicted, the Mandragora Helix re-appeared in 1990s London, this time exploiting the use of an illegal drug called Mandrake (another name for Mandragora). The Doctor and Ace, with the help of UNIT and Captain Muriel Frost, in particular put a stop to it.

In May 2009, the Helix reappeared in London, using the MorganTec computer systems company to spread its energy. The Doctor and Donna Noble, with help from Wilfred Mott, were able to stop it.