Ogrons were a mix of Human and ape traits. It was believed that this mixture of traits was due to climatic changes on their home planet. They were around 7 feet tall, with bowed legs, long arms and barrelled chests. Their faces were flat, with a powerful jaw and small eyes. Ogrons had immense strength, far greater than a Human. Their nervous systems were highly resistant to shock and were protected by muscles, meaning that they could survive multiple bullets. Their only weak spot was the top of their head.

Ogrons were relatively unintelligent, spoke in simple sentences and had obedient, stoic personalities. Despite this, Ogron speech used subsonic frequencies, which meant that were more intelligent than they might appear to be from their audible speech alone. 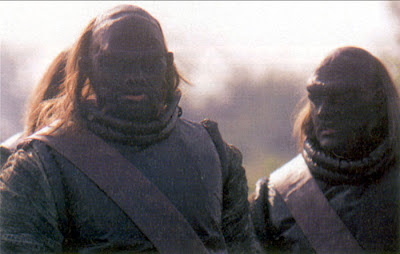 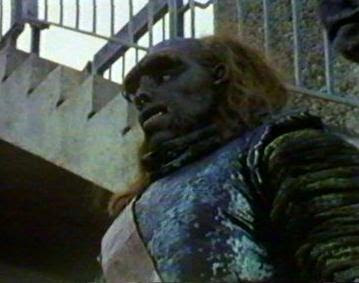 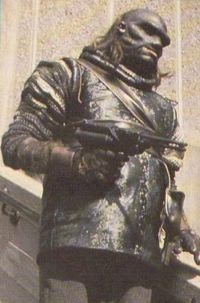