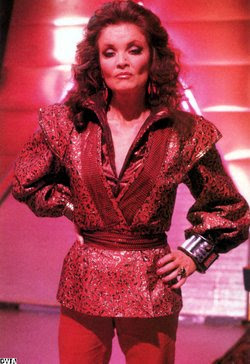 Ushas, later known as The Rani, was a renegade Time Lady. Knowing both of them in youth, she grew into a rival to The Master and opponent to The Doctor. The Rani was the same age as The Doctor. (DW: Time and the Rani) On the planet Gallifrey, at the Academy, she belonged to a clique of ten young people who called themselves the Deca. Apart from the Doctor, her other future enemy Koschei (later The Master) belonged to this group.

Unlike the other members of The Deca, she did not choose to leave Gallifrey but was exiled from the planet after some of her lab mice, as a result of an experiment, grew to enormous size and ate the President's pet cat.