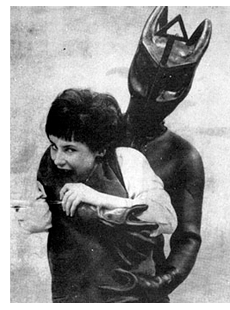 The Voord, led by Yartek, sought to take control of the Conscience Machine, thus taking control of the planet, but were defeated by the Doctor, Susan, Ian and Barbara.

The Voords began experimenting with a World Shaper which came from a spacefaring civilization to accelerate time locally and "quick-evolve" themselves. Over time they replaced there body parts with cybernetic parts.

The Doctor, Frobisher, Peri Brown and Jamie McCrimmon attempted to stop the Voord. Jamie sacrificed himself to destroy the World Shaper, this caused a blast that accelerated time so much that Marius that became known as Mondas and the Voord evolved into entirely Cybernetic creatures called Cybermen.