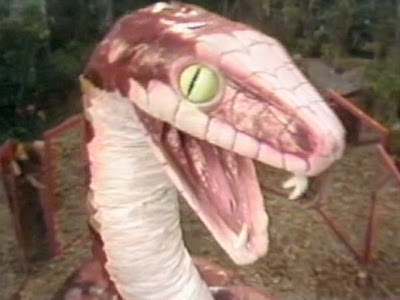 The Mara was an entity which tempted and bullied beings into allowing it to possess them. In physical form, it manifested as a giant snake or as a snake-shaped mark on the arm.

The Mara was an entity created from the evil in the minds of the people of the planet Manussa in the Scrampus system. It and given independent life via the Great Crystal, which the Manussans created in a zero gravity environment. The Mara then founded the Sumaran Empire. (DW: Snakedance) It existed in the minds of its victims and can transfer itself in the form of a tattoo-like mark, to those who yielded to it. It was so evil that it cannot bear the sight of its own reflection. In the Dark Places of the Inside, it manifested as Dukkha, Anatta, and Annica.