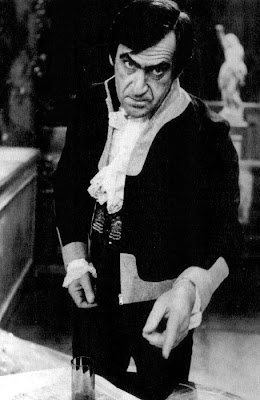 Ramón Salamander (more usually known simply as Salamander) attempted to take over the planet Earth in the 21st century.

Salamander came from Merida in the Yucatan in Mexico. Both a respected politician and a scientist, Salamander received worldwide acclaim for his invention of Sun Store technology to beam sunlight from Earth orbit in order to help the growth of crops and alleviate global hunger on an overpopulated planet. Secretly, he also committed murders of officials in order to ensure his goal of world domination so he could replace them with other officials that Salamander could trust. With a team of scientists, who he had tricked into working for him, he created "natural" disasters such as volcanos and earthquakes happen at will.

From his palace in the Central European Zone, Salamander attempted the domination of the planet Earth. (During this time, instead of nations, the planet had divided itself into a number of Zones.) Salamander bore an almost exact resemblance to the Doctor, enabling him to impersonate him so as to ensure his downfall.

After he invaded the TARDIS disguised as the Doctor, the real Doctor expelled him into the Time Vortex. Nevertheless, Salamander still survived, helpless in the Vortex.