The Carrionites were species of humanoid beings that used word-based science or "witchcraft" to reshape reality. 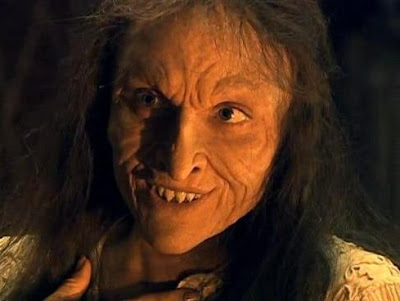 The true form of a Carrionite resembled a female with wrinkled skin and large clawed hands. Inside their mouths were sharp canine teeth. However, Carrionites could assume a near-Human form, and the Carrionite Lilith was able to assume the form of a beautiful young woman, a trick she used to ensnare male victims.

The Carrionites that were summoned by the final lines of Love's Labours Won were even more horrific, with no visible legs, massive claws, beak-like noses and hooked chins 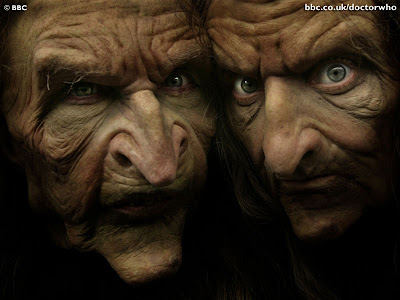 They placed great importance on the knowing the names of an individual, which would allow them to take control of them. The Carrionites also appear to be possess some unknown ability to discover a person's true name; although Lilith was in the room when the Doctor and Martha Jones introduce themselves to Shakespeare she later remarks "there is no name" when trying to name the Doctor.
Posted by Joanne Casey at 07:00

Email ThisBlogThis!Share to TwitterShare to FacebookShare to Pinterest
Labels: Carrionites