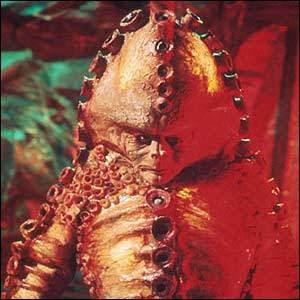 Zygons were solidly built humanoids with large, cone-shaped heads. Their heads, arms and torsos were covered in suckers, and they had deeply inset faces. Zygons had dark red blood and spoke in a gurgling whisper. Zygons were stronger then humans and could live for several centuries. They also had an earthy, iron smell. Zygons had the ability to sting people using venomous barbs on their palms. These stings could be used to stun, maim or kill, and would leave severe welts on the affected area.

Young Zygons were called hatchlings and were slimy and pale with shorter limbs. Hatchlings were mute, but much faster than adults.

Zygons had a very deeply ingrained fear of fire.