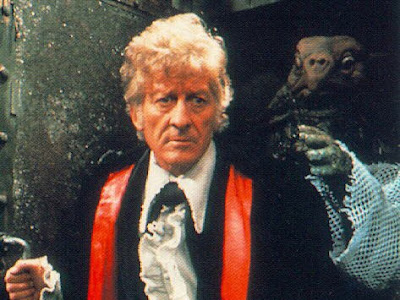 The Sea Devils were a race of amphibious Earth Reptiles. The Sea Devils, like their land-based cousins the Silurians, were scientifically advanced, and lived during prehistoric times in an aquatic civilization. 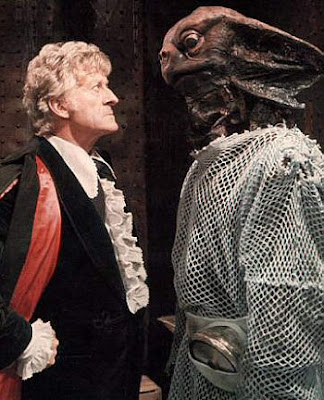 Sea Devils looked somewhat like humanoid turtles or plesiosaurus. They had beak-like mouths, large eyes, two fins on their head and a long neck. They had three webbed digits on their hands and feet. Their skin-tone came in a variety of shade, including green, blue and orange. They were much tougher then humans, since they need to survive the crushing depths of the ocean. Sea Devils communicated in a language like sonar, but they could speak human languages in a whispering, rasping voice. 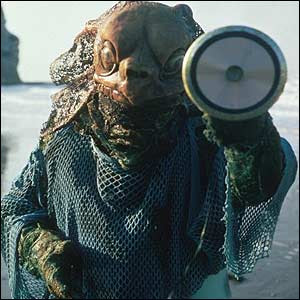 The Silurians were related to the Sea Devils, though they were genetically divergent enough to create problems for the offspring of such matings.
Posted by Joanne Casey at 21:47