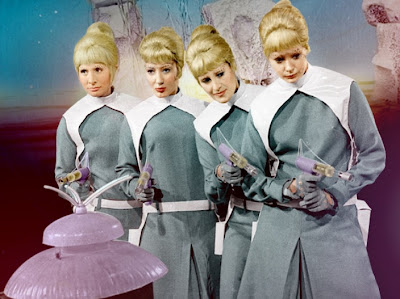 Drahvins were a female-dominated humanoid race. Only a small number of males were kept alive for reproduction purposes, the rest being killed to preserve resources. Drahvin females were attractive, ruthless and aggressive. In the military, the soldiers are all grown in test tubes and the officers are all natural born. 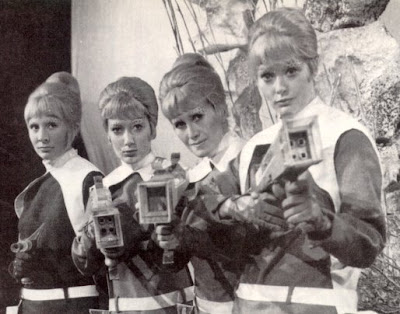 One Drahvin ship battled a Rill ship and the two crashlanded on an uninhabited, doomed planet. The Drahvin leader, Maaga, tried to trick, then force the Doctor into helping them destroy the Rills and escape the planet, but failed. The Drahvins died when the planet exploded.
Posted by Joanne Casey at 07:00

Email ThisBlogThis!Share to TwitterShare to FacebookShare to Pinterest
Labels: Drahvin