Axos and The Axons

Though Axons had humanoid features, they to were part of the main Axos structure. They first took the form of golden skinned humanoids, but they could also take the form of large, tentacled creatures. They were capable of morphing between various humanoid shapes and teleporting themselves and others 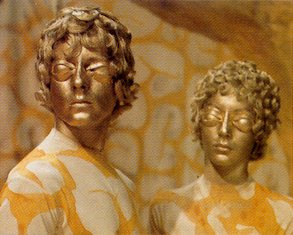 Axos is an entity that came to Earth, supposedly in need of fuel. Its real motivations were to drain all energy from Earth in an attempt to gain the secret of time travel... 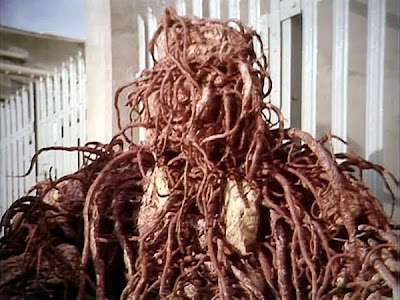 Axos encountered the Master at an unknown point in time, at that time they captured his TARDIS, he in turn directed them toward Earth. They kept the Master as a prisoner.

Following their arrival on Earth and attempt to start a 'feeding cycle'. They met with unit and promised them large amounts of Axos so they could enlarge food and end world hunger. UNIT ordered worldwide distribution of Axos. The Doctor realised that the Axons planned to use the Axos on Earth to drain all the power from the planet. The Doctor stopped them by placing their ship and all of Axos in a time loop.