As representative of the Galatron Mining Corporation on the planetoid Varos, Sil lied about the value of Zeiton-7 to get the cheapest price for it possible. He was also interested in buying and distributing recordings of the various tortures which passed for entertainment on Varos. These schemes ended when the Doctor informed the Governor of Varos of the true value of the commodity. He hoped to secure rights to videos of the torture of criminals on Varos (already served up on television as entertainment for Varos' oppressed citizens) and market them on other worlds .

In 2379, on his homeworld of Thoros Beta, Sil became involved in weapons dealing with the primitive peoples of the planet Crontep. The Doctor's personality had changed meanwhile, to the extent that they worked together, the Doctor using his knowledge of future history to know the best investment prospects. While not explicitly stated, Sil was presumably killed by King Yrcanos in his rampage in Crozier's laboratory. 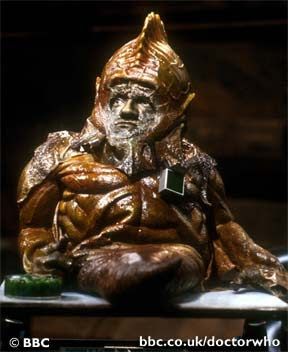