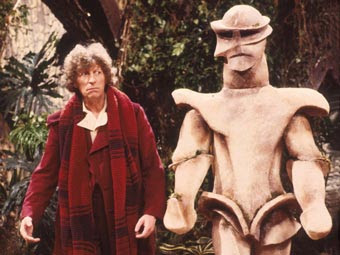 'The Melkur' that seduced Kassia was more virulent than previous Melkurs and was revealed shortly after the arrival of the Doctor and Adric) to be the Master's TARDIS. The Master utilised the Melkur form to become Keeper and take control of The Source.
Posted by Joanne Casey at 07:00