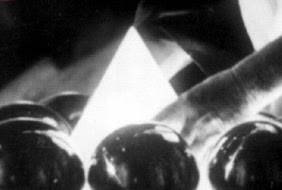 The Great Intelligence (or Yog-Sothoth) was a disembodied sentience who attempted to find a body and a physical existence. The Great Intelligence had no physical existence, which meant it was incapable of interacting with the rest of the universe. It could possess living creatures, such as Humans and also used control spheres to form a locus for the Intelligence. Also, it manifested as webbing in order to trap the Doctor's TARDIS. 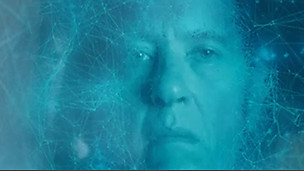 The Great Intelligence first appeared in The Abominable Snowmen (1967), set in 1935, using a mechanical Yeti against the Second Doctor (Patrick Troughton). It had taken over the mind of a Tibetan Monk 300 years before and attempted to achieve physical form, but failed. In The Web of Fear (1968), it attacked London through the Underground with a newer form of Yeti and used a web-like substance that the army was unable to dissolve. It tried to drain the Doctor's knowledge, but the machine was disabled, though it still exists. The Eleventh Doctor (Matt Smith) episode "The Snowmen" (2012) expands more upon the Great Intelligence, as voiced by Ian McKellan. It reveals that the Intelligence originated as an alien lifeforce existing in snow that was built into a snowman by a young boy named Simeon during the 1800s. From there, the Great Intelligence had the full grown Dr. Simeon (Richard E Grant) create "The Great Intelligence Institute" and orchestrate a scheme to obtain the DNA of a governess who was mutated into an ice creature to have his psychically animated snowmen be unable to melt and take over the human race. However with the sacrifice of the current governess Clara Oswald (Jenna-Louise Coleman), the Doctor thwarts the Great Intelligence's plan and uses a "memory worm" on Dr. Simeon to completely erase his memory. Though expected to cease to be without his source, the Great Intelligence reveals that he existed long enough to become an independent entity and uses the brain dead Simeon's body for only a moment before quickly waning in response to the Latimer family crying for the dying Clara. In "The Bells of Saint John" (2013), set in the present day, the Great Intelligence, as represented by Simeon, used a child named Kizlet to aid him through many years in creating an organization based at The Shard to collect the minds of people via wifi for him to feed on. Once the Eleventh Doctor compromise their activities and forces everybody to be downloaded back to their bodies, having obtained what he needed, The Great Intelligence has the adult Miss Kizlet (Celia Imrie) wipe all memories of his existence in her and others in order to hinder UNIT's investigation.