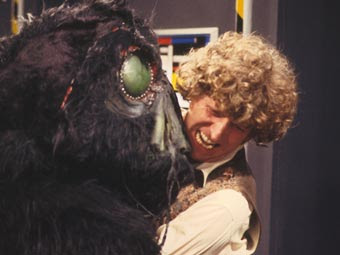 Mandrels are large, dangerous predators. They are humanoid creatures native to the planet Eden. Mandrels had large, almost clam-shaped heads with glowing green eyes and small tendrils around their mouth and green, leathery skin, but they also have black fur down their back and around their arms. They have three long fingers on each hand, which are tipped with sharp claws. They mainly hunt by sound and are attracted by ultrasonic noises. 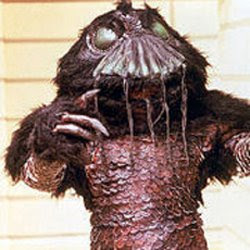 Mandrels were dangerous predators, able to easily kill a human. Mandrels are absurdly tough, and are able to survive repeated laser-blasts. The only known method to kill a Mandrel is to electrocute them. Luckily, they aren't especially intelligent and can be easily fooled.

They have the unusual characteristic that they decompose into Vraxoin after being electrocuted.