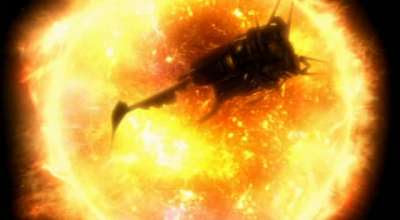 Torajii was the sentient star at the center of the Torajii System.

It was first encountered by Humans when a cargo ship, the S.S. Pentallian, hurriedly took some gas from the star as fuel for an illegal fusion scoop. Gas from the star travelled to the starship and possessed members of the crew, who then went on to sabotage the ship and kill many crew members with their glowing eyes (which meant that they needed to wear welding helmets).

Eventually the gas possessed the Doctor, who told the remainder of the crew the source of the problem and asked them to dump the illegal fuel into the star, which they did, so the star left them alone, allowing them to leave the system to itself.