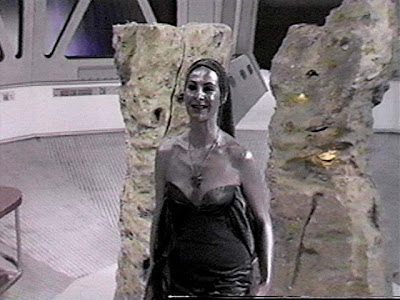 The Ogri were a species of silicon-based creatures native to Ogros. They looked like large rocks, usually taller than a human but irregular in shape. They were large, slow and heavy, sometimes weighing as much as 3.5 tons, but they could take a lot of damage, both energy-based and physical. When they were awake, they would glow and make a loud rumbling noise. Like other silicon-based lifeforms, they broke down into grit when killed and also left silicon behind when they moved. They fed on various types of proteins which were common on Ogros. When on Earth, the Ogri had to rely on the globulin in blood, which they could absorb by touch. Ogri were not shown to communicate and did not show any signs of intelligence. Ogri had long lifespans, living for thousands of years.