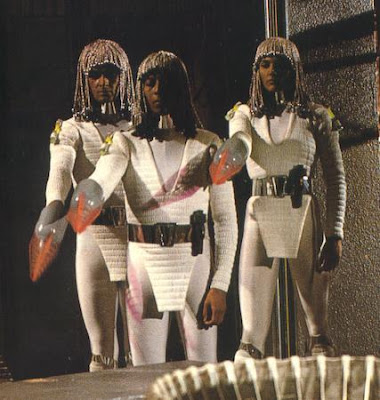 The Movellans outwardly resembled physically attractive Humans of various ethnicities and both genders. All of the Movellan androids wore white, form-fitting uniforms and their hair in silver braids. Being androids, the Movellans were strong and tough. The major weakness of the Movellan design was each android's external power pack which, being, carried on their belts, was easily removed and completely shut down the android. The power pack circuitry could also be modified, reprogramming the android to obey human orders.

The standard Movellan sidearm was a small, hand-held weapon. The weapon had both "kill" and "stun" settings.